SUWO turns ten in semester two this year and the band has grown a great deal since its founding in 2003. It was because of this we decided it was high time to update the orchestra’s “look” to better reflect who we are today.

It all started at the first meeting of the 2013 committee elect in September. In a marathon five hour planning and ‘induction’ meeting a great many things were accomplished. One of these was the development of a design brief and a plan to help outline what we were looking for in a new logo. This brief would be used to help guide potential designers through their design process. It called for symbolic logo to reflect the orchestra’s vibrant, diverse and youthful brand.

Benjamin Tang’s logo is a vivid representation of Sydney University Wind Orchestra as a band. The stylised circles are highly symbolic while also achieving a vibrant, diverse, youthful and professional look.

After a design competition in which we received many fantastic entries we produced a shortlist and looked to the many valued members of our society for their opinion. The results of this poll were incredibly close with three designs clearly leading. Finally a winner emerged. 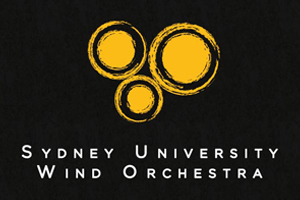 Benjamin Tang’s logo is a vivid representation of Sydney University Wind Orchestra as a band. The stylised circles are highly symbolic while also achieving a vibrant, diverse, youthful and professional look. The concept of concentric circles demonstrates unity between instruments. Whether it be keys on winds, valves on brass or drums and cymbals in percussion. It equally represents all instruments, and this equality between members is a core value of SUWO.

We are very excited about our new branding and are looking forward to using it in many diverse and innovative ways for years to come. 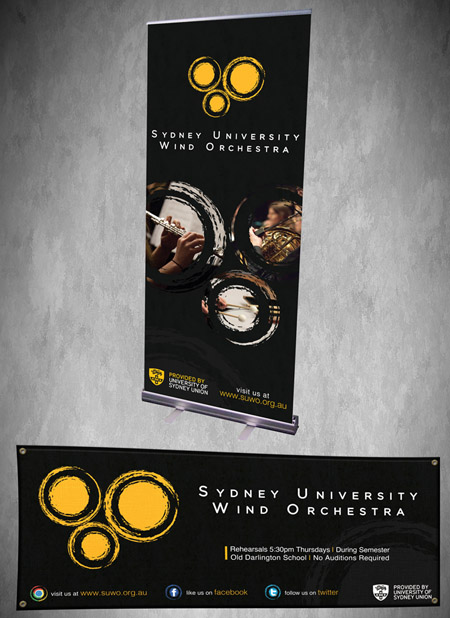